We offer one-day powerboat trips that will take you through the popular “White Cliffs” section of the river. This is a 47-mile section on the Upper Missouri River Breaks National Monument, from Coal Banks Landing to Judith Landing.

You can sit back and enjoy the legendary White Cliffs section of the Upper Missouri River painted by Swiss artist Karl Bodmer in the early 1830’s. We will also provide lunch on the river and dinner.

The price of this trip is $200 per person based on four passengers, with a limit of six passengers.

The White cliffs were described by Meriwether Lewis in 1805 in this section of The Way of the Western Sea, by David Lavender.

“In a section the explorers called the “Stone Walls”, the multi-hued bluffs were banded with a thick stratum of almost horizontal white sandstone. In places this band, was seamed perpendicularly by intrusive dikes of dark brown volcanic porphyry. Erosion of the softer material around the dikes had left the jointed rocks standing as trim as walls, only a few feet thick and often scores of feet tall, of  “workmanship so perfect … that I should have thought that Nature had attempted to rival the human art of masonry” (Lewis). Elsewhere water draining off the land back of the steep bluffs had worn the white sandstone “into a thousand grotesque figures ... columns’ of various sculptures both grooved and plain . . . some columns’ standing and almost entire with their pedestels and capitals ... some lying prostrate and broken.” Pyramids, organ pipes, spires, niches, alcoves-scores of scenes of “visionary enchantment.”

Like Meriwether Lewis and Karl Bodmer, you too can see the “Stone Walls” of the Missouri River Breaks and learn more about their fantastic journeys on our White Cliffs adventure. 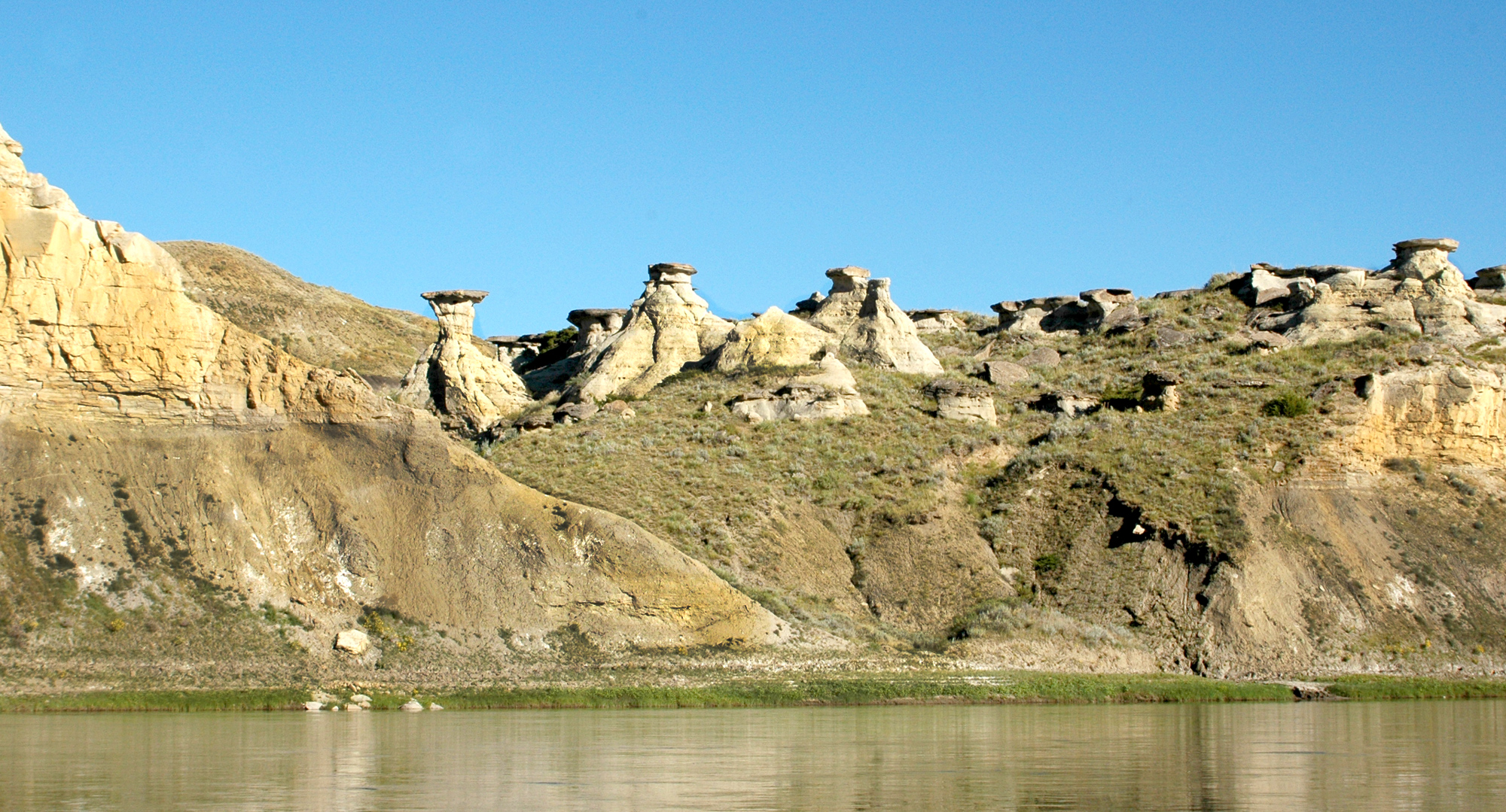 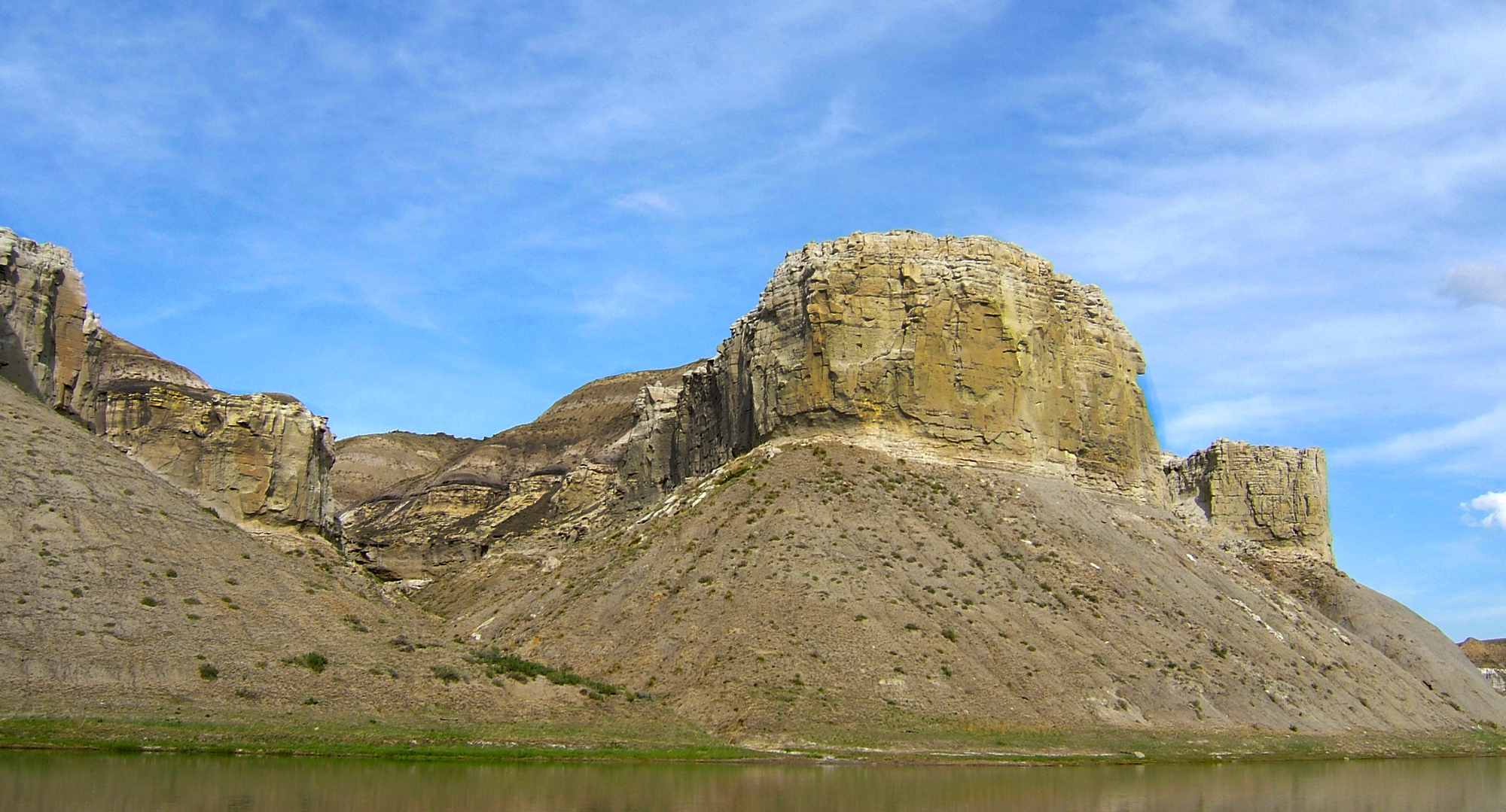 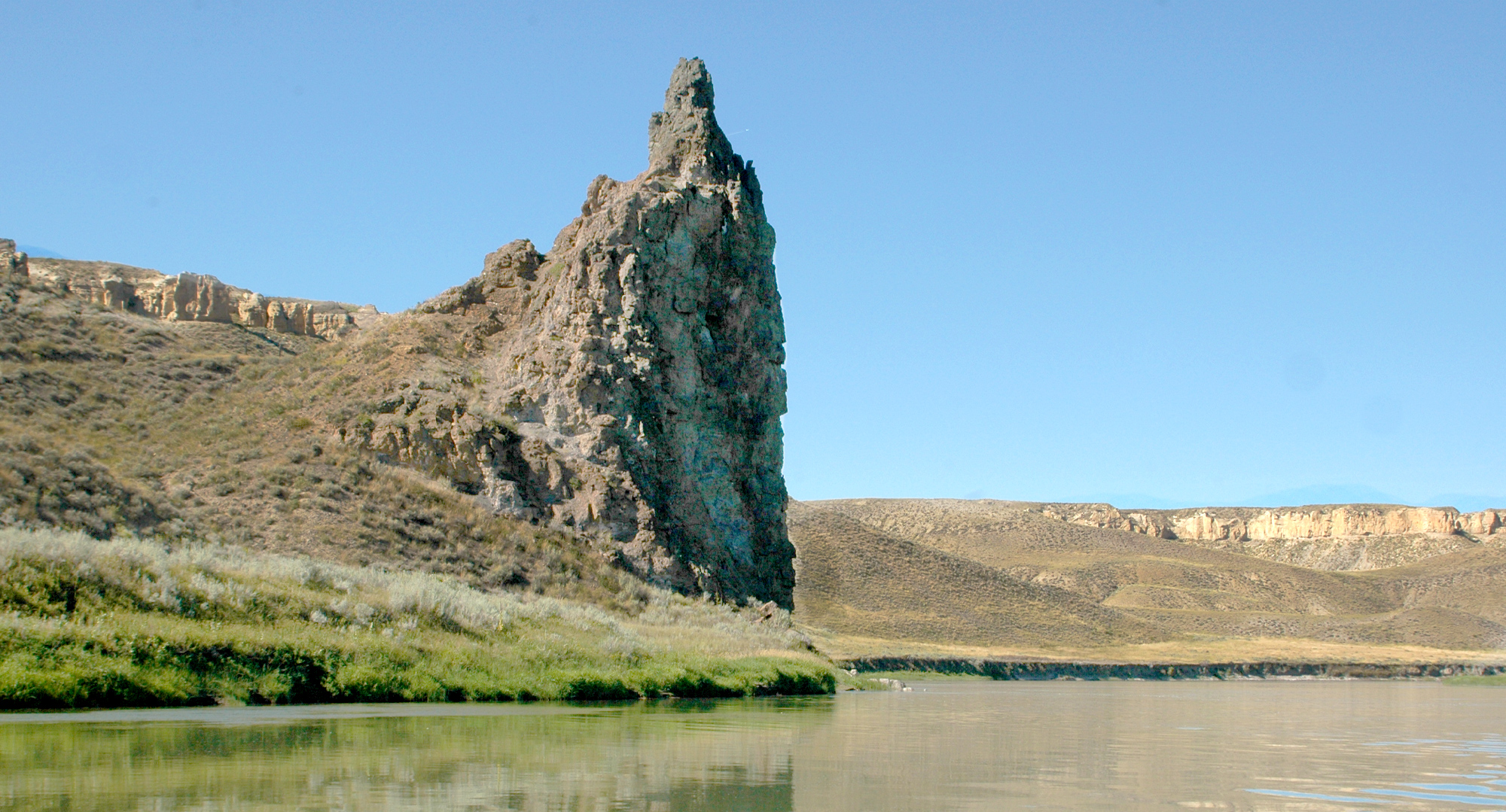